The Benefits of Engaging with Blue City Mediations 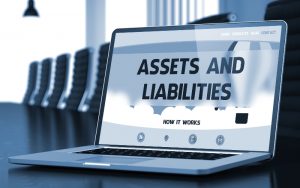 The division of property after separation can be tricky and heartbreaking.

Sometimes the process of working out how to divide the assets and debts keeps people awake at night, makes them feel scared they are going to be ripped off or worried that they will not be able to provide security for their kids or themselves.

Often family homes have to be sold; homes that both parties have put lots of effort into making the dream home and pictured themselves ageing within. There can be disagreement about the value of cars, tools, and jewellery.

Sometimes the partner who has earned the bigger income feels like they are going to be penalised for their income earning capacity.

Often one party has brought up the children and realises after separation they have limited income earning capacity.

Sometimes one party has an accident after separation but before they have agreed on a financial settlement and has no ability to work ever again, and the parties need to work out what is fair.

Sometimes one party cannot handle facing their ex- partner after the separation to discuss how the mortgage is going to be paid, especially when one party has moved out of the property and is paying rent elsewhere.

Sometimes one party has come home from work to an empty house and the reality that their partner has left them out of the blue and taken the fridge, lounge set, TV and washing machine with them.

Sometimes people can’t agree on who gets to keep the dog.

Sometimes one partner has controlled the finances and separation is the first time the other partner realises that their finances are dire and they are facing bankruptcy.

Sometimes one person is too scared to ask for what is fair where there has been violence and intimidation within the relationship.

Many clients often come to Blue City Mediations when their wallets and bank accounts have been already drained by paying lawyers to battle their ex- partner for them in family law matters.  The joint asset pool of the parties is shrinking before their eyes.

Don’t let your financial settlement cost more than your wedding, or a new car or the deposit on a new house. 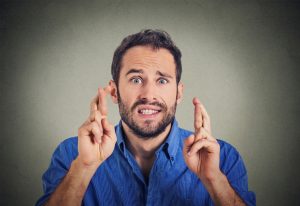 Often separated parties are specifically instructed by their lawyers to not communicate with the other party directly and that all communications should be via lawyers.  Where there has been a history of family violence, and where there is a current safety risk, this is wise advice.

Where there are no safety risks, a top priority must be to get separated parties talking to each other respectfully, to explore each other’s idea of what is fair.  Especially where parties have children together, those children can be bent out of shape or traumatised where their parents are battling about the financial settlement.

Where parties in conflict enter the Family Court of Australia or the Family Court of Western Australia, there is rarely a quick resolution to the issues in dispute.  The Family Court has the difficult task of trying to work out what is a fair division of the financial interests of the party after taking many factors into consideration.  It can take years within the Family Court system to reach a decision and in 95% of cases, parties reach agreements by negotiation, rather than proceeding to a hearing.

It makes sense to attempt Mediation.

Blue City Mediations is a private Mediation practice that can provide Family Dispute Resolution in a cost effective, timely manner.  Generally, a Pre Mediation Conference can be scheduled within 1-2 weeks of your initial enquiry.